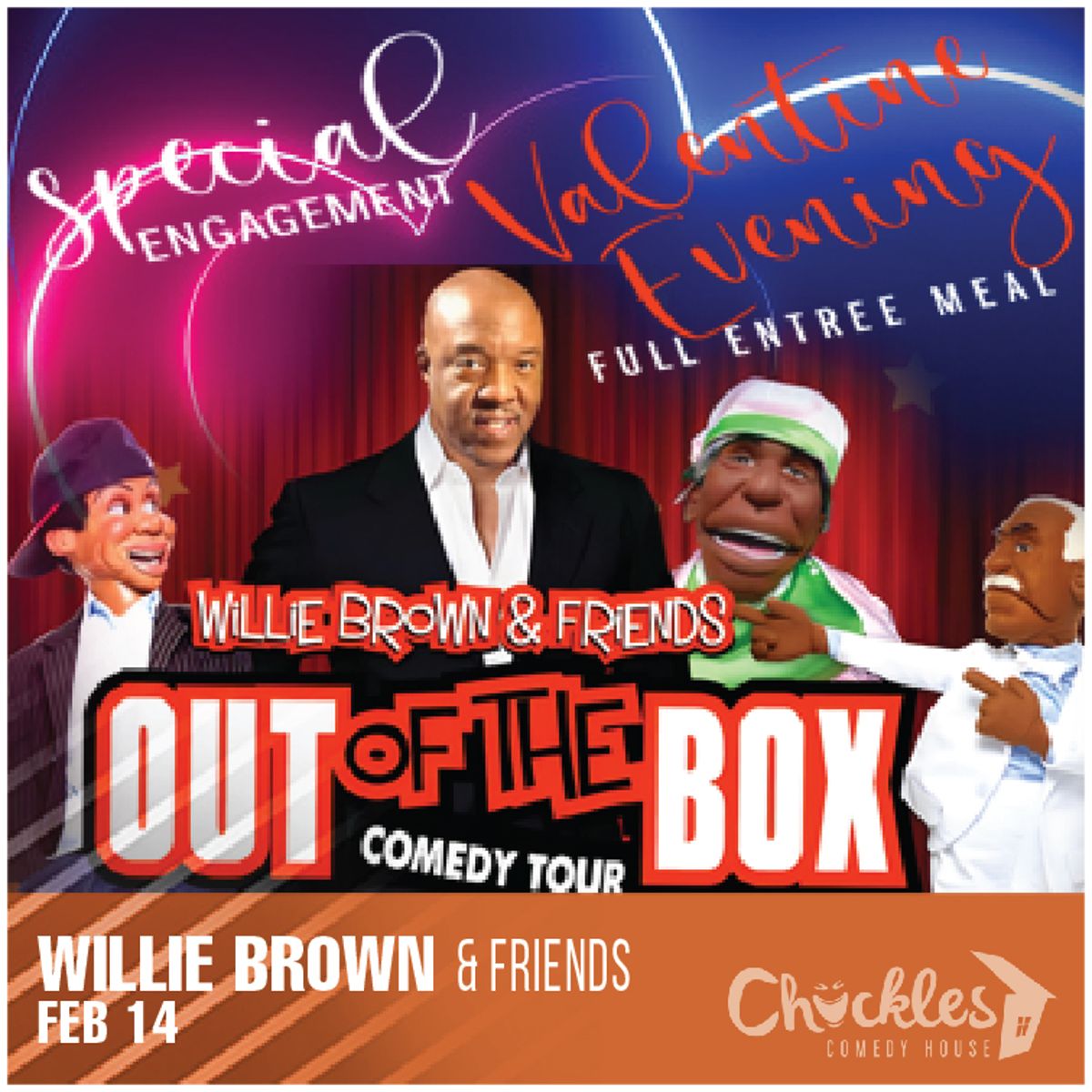 Find Tickets
Feb 14
$25 - $50
Willie Brown is a nationally known ventriloquist who has appeared several times on BET Comic View, HBO DEF Comedy Jam, Loco Comedy Jam, Phaturdays, The Jenny Jones Show, and most recently in a recurring role on the Showtime Network series “Barbershop”. From topics such as the family, church, how to deal with the homeless, to current events, Willie Brown and Woody bring it home. Brown entered college at Hampton University in Hampton, Virginia where he would major in Mass Media Arts and perform at fraternity/sorority functions and on military bases. After graduating he relocated to the Washington, D.C. area where he really honed his skills by working at local comedy clubs like The Comedy Connection of Greenbelt, Garvin’s, The Comedy Café, and The Improv. He would work along side of Dave Chappelle, Wanda Sykes, and Chris Thomas to name a few. Willie hosted a local tv show called “The Comedy Jam” which was a follow up to “The Soul of Comedy”. The show aired on Channel 32, WHMM-TV, Howard University. It was an urban standup comedy show featuring some of Washington D.C.’s finest up and coming comedians. Bill Pratt was the producer of the show. The show was a hit and actually came out before BET Comic View or HBO Def Comedy Jam. Not only did Pratt produce this show, moreover, he was also the Field Producer of the new BET Comic View show featuring D.L. Hughley as the host. Pratt assisted Willie in getting on the first season of BET Comic View and the rest is history.