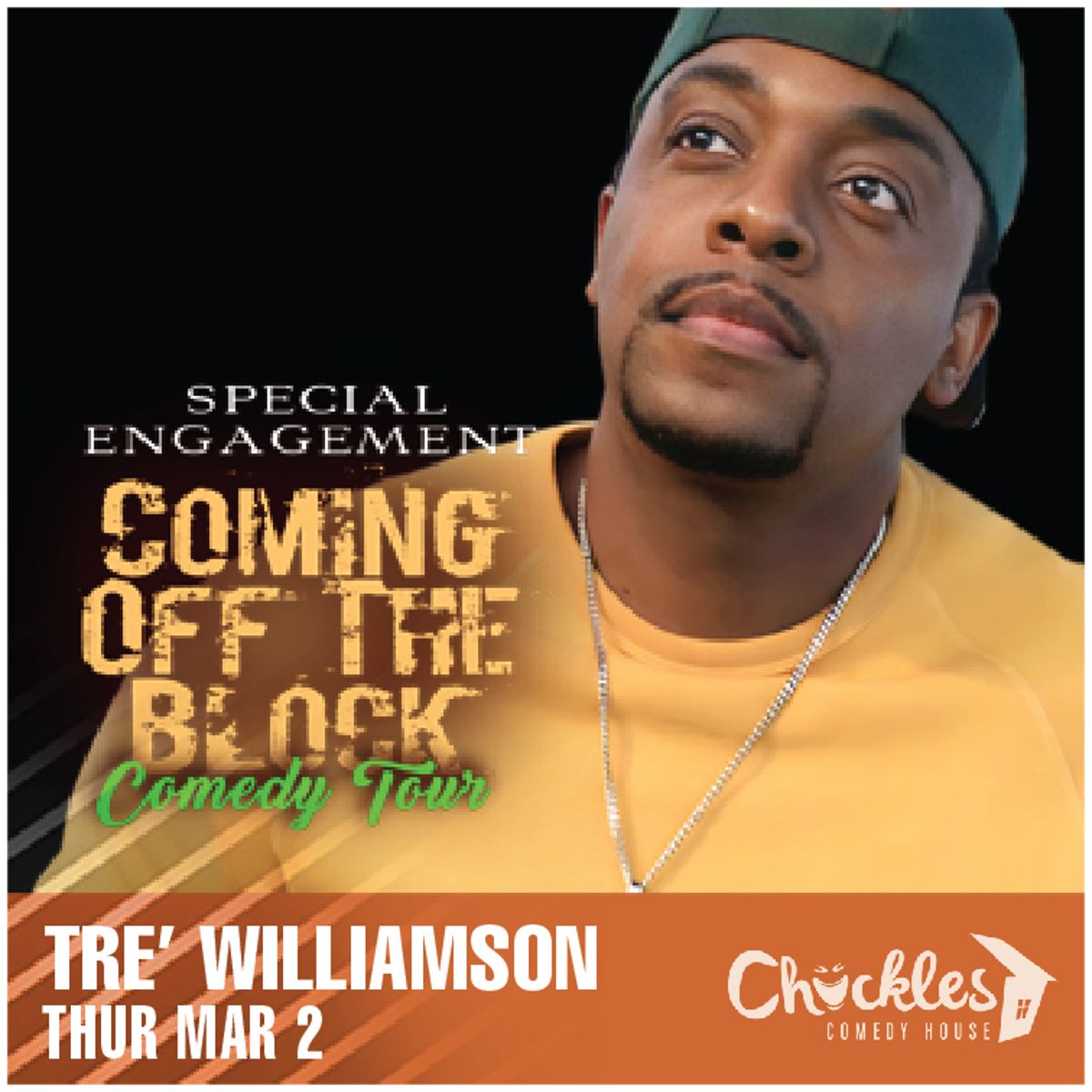 Find Tickets
Mar 02
$22 - $45
Trust me you have never seen a performer like Tre’, he’s simply electric!!! He’s young,fresh, with rock star-like appeal. His comedic Style is the total opposite of today’s standard comedian/actor. Charged with energy, he is the ultimate entertainer…..combining singing,superior dance moves,dead-on celebrity impersonations,an array of colorful characters,with exciting,thought provoking, and emotionally inspiring material. Tre’s talents have been used in the entire spectrum of media, Being featured in national TV commercials,syndicated radio,roles in television series like “Grey’s Anatomy”, “The Office” “It’s Always Sunny in Philadelphia” and films like “Sinners Wanted”, with appearances on the E! Network,Access Hollywood, and BET. In addition to all of that Tre’ was featured as “Zimos” in the top rated video game “Saints Row the Third.” Over the past year Tré’s talents have been now noticed by the masses becoming an Internet sensation with countless viral videos circulating the internet,garnering over 100 Million Views worldwide leading to him being featured on the biggest sites on the Internet  such as the Shade Room and World star 6 Times! Williamson is destined to do things bigger and bigger as time goes on.