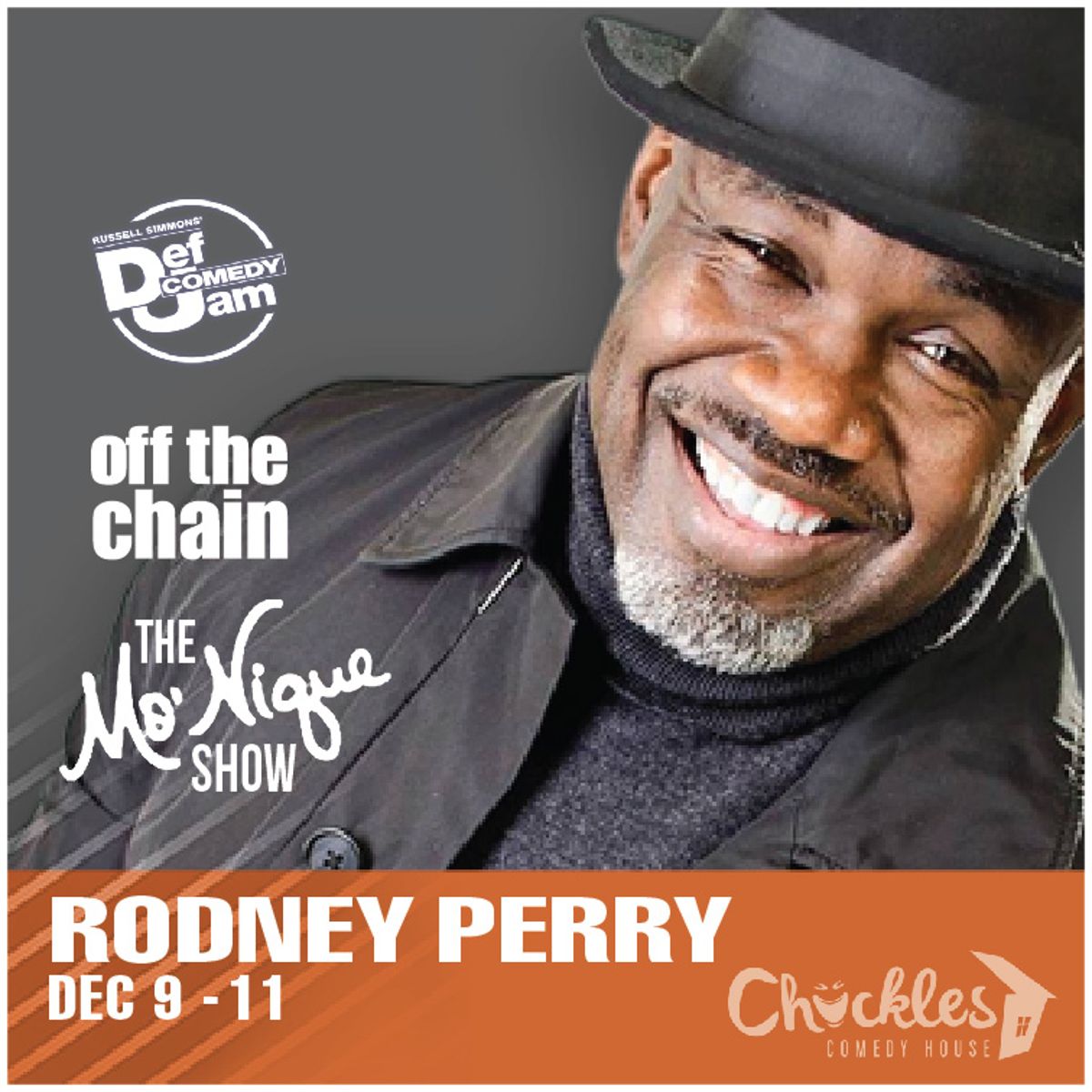 Born in Chicago, Perry would find the infancies of his comedy career. He was a rambunctious seven year old. His teacher noticed Rodney’s funny nature and made a deal with him. If he would “shut up throughout the course of the day” he would be given an opportunity to perform for his classmates at the end of the day. Rodney took his teacher up on that deal. This was the beginning. Although the city of Chicago has shaped the man that is Rodney Perry. Rodney found his early comedy stride while living in Monroe Louisiana. In the halls of Carroll High School he often found himself acting as the host of talent shows and even emceeing basketball games. Rodney Perry arrived in Louisiana as a boy but he would leave a man. As he graduated from high school Rodney was also given the news that his first daughter was on the way. Perry then made a decision that would affect him for years to come, he joined the U. S. Navy. He says “How could I ask my mom to take care of me and my child? I had to grow up, I had to become a man in a hurry”. That was the beginning of eight years of service. During which time Rodney was honing his skills as a comedian. As his second tour began to wind down, Perry felt it was time to take what he calls a “Leap of Faith”. He exited the Navy with his then small family and moved to Hollywood. Well, actually Inglewood. Immediately, the harsh realisms of life outside of the military were staring Rodney in the face. He did tons of odd jobs to make the ends meet. He looked up and it was two years later and he still wasn’t living the dream that he had in mind when he relocated to Los Angeles. All that changed during a temporary assignment at the Veterans Administration. During his week at the VA Rodney befriended an amputee. One day he asked Perry; “What are you doing here?” and “Why aren’t you doing what you were set on this earth to do?” That was the wake-up call he needed. Rodney began doing any and everything in the world of comedy. He was an audience warm-up, a radio personality, a writer, and mostly a full-fledged Professional Stand-Up Comedian. Rodney Perry has had the opportunity to learn the business of Comedy from some of the best. His first job in Hollywood was serving as writer/warm-up guy for Kym Whitley’s show “Oh Drama” on BET. Doors continued to open for Rodney as he got opportunities to serve as the opening act for the likes of George Lopez, Cedric the Entertainer and Steve Harvey. It was Oscar Winner Mo’Nique that would introduce Rodney to the world on her late night talk show. Perry calls Atlanta home when he’s not traveling the country to sold-out audiences or hosting his highly popular online radio show, Rodney Perry Live. His career has opened up many doors for him, from his work as co-host of “Who’s Got Jokes” or BET’s “Mo’Nique Show”, to his starring role as Harold in “Tyler Perry’s Madea’s Big Happy Family”.