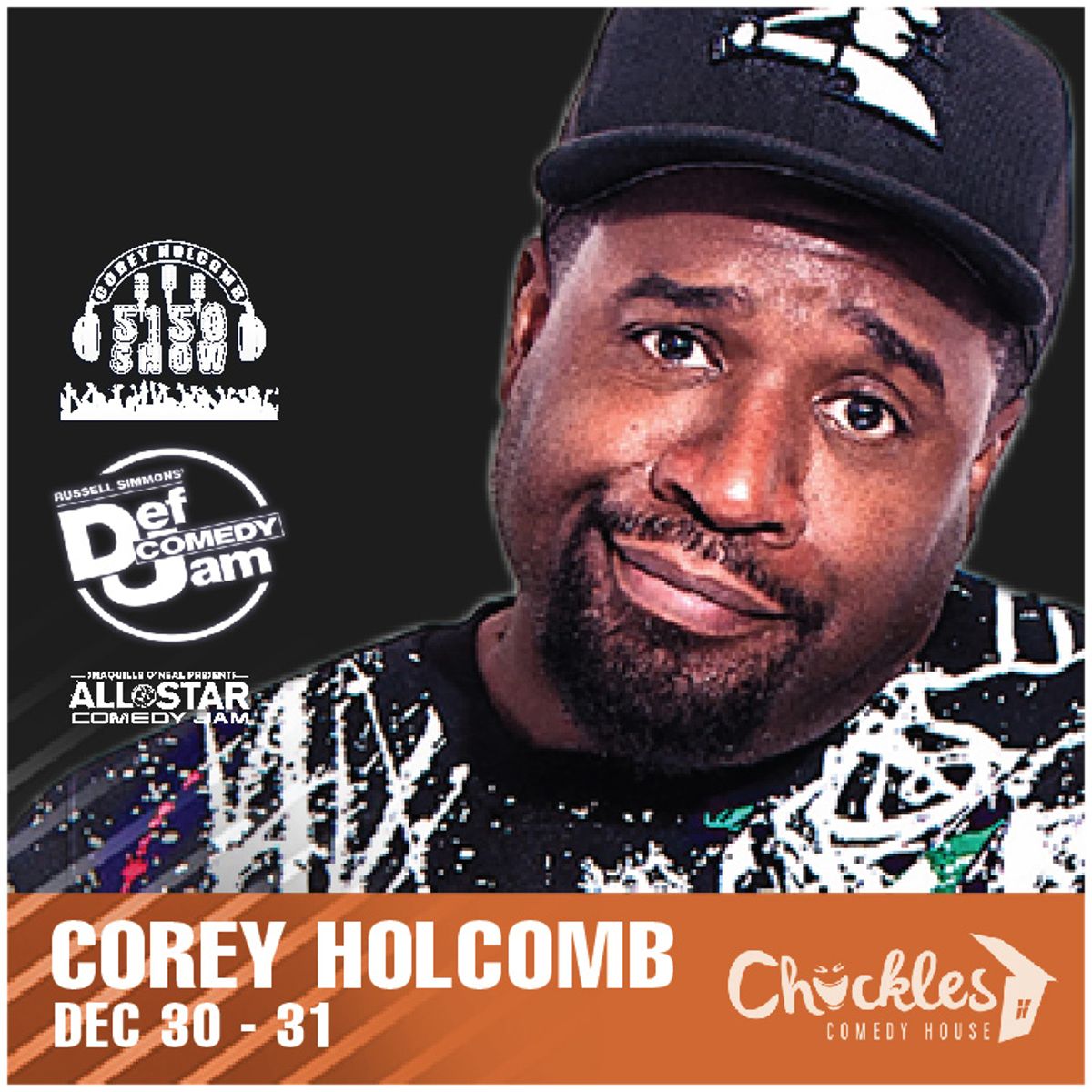 Going from hanging in the hood to performing comedy on Jay Leno’s, “Tonight Show,” not to mention the privilege of afterward being invited to take a seat on the “couch” which not many comics are asked to do has been a long and fulfilling journey. Corey hit his first open mic in 1992, when Adele Givens called him to the stage. He was a smashing success and has been a full-time comedian ever since. He has taken top honors at the Miller Genuine Draft Comedy Search Budweiser Comedy Competition Chicago Home Jam and Laffapalooza. He has appeared at the Montreal Just for Laughs Festival and the Chicago Comedy Festival.

Corey’s comedy genius transcends class and racial divides. People all over the world can relate to the drama of trying to make a relationship work. According to Corey a “hunter” (man) being captured by his “prey” (woman) makes for the best comedy ever.

Corey offers plenty of advice on how men who have been the victim of a “hostile takeover” by the female in the relationship can take back control. You can believe there is no counselor on the planet who offers the kind of relationship advice and remedies Corey dispenses from the stage.

Corey Holcomb’s comedy set is both an auditory and visual experience. His facial gestures alone can make an audience burst with laughter. “I spend a lot of time practicing my stage faces because I need to be able to convey care and concern while I criticize.” Although Corey has a long and diverse resume of successes he remains humble and approachable.

You can currently see Corey in the movie, “Think Like A Man Too,” and Adult Swim’s new TV series, “Black Jesus.”